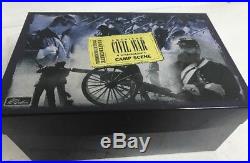 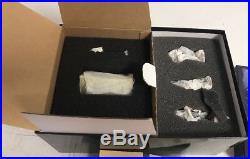 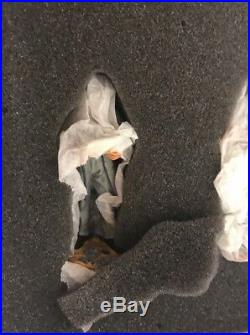 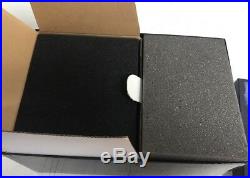 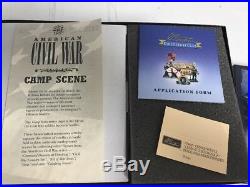 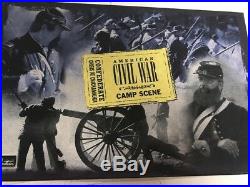 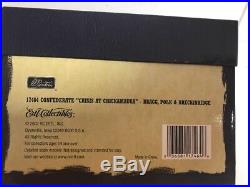 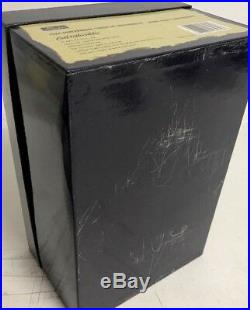 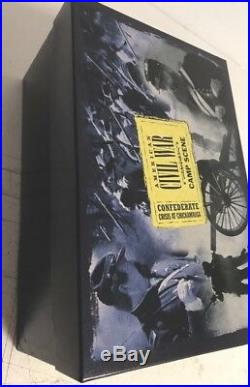 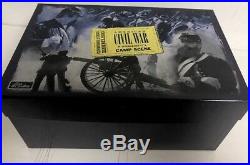 MINT IN BOX NEVER DISPLAYED OR EVEN REMOVED FROM BOX. Box is in excellent condition no issues on top, bottom of box is a scratched up. Authentic, Rare, and Discontinued Collectible. American Civil War Camp Scene. Each piece is made of all metal and hand painted museum quality, scale 1/32nd, set of 7 pieces: 4 confederate men, barrel with map, lamp post, and tent, all in MINT condition with original box and papers. Box has some scuff marks and outer scratches. Makes for a great gift! History: The word "Chickamauga" in local Indian dialect means, "The River of Death". Here in northern Georgia, union and confederate forces met in one of the bloodiest engagements of the Civil War. The battle fought on September 19th & 20th in 1863, saw both sides lose 28% of the men engaged.

While the action was a confederate victory, the southern forces failed to follow-up on their advantage. At the center of this poor performance was Confederate Commander, General Braxton Bragg. A West Point Graduate with a fine military record. Bragg possessed a keen mind for skillful tactics, which was offset by his acrimonious natures and his unpopularity with others. Chief among Bragg's unhappy fellow generals was Leonidas "Bishop" Polk.

An 1827 West Point graduate, he has short career in the military as he resigned to become ordained in the ministry. Of the Civil War, he had spent over 30 years in the ministry and was the Episcopal Bishop of Louisiana. Polk's friendship with fellow West Point graduate Jefferson Davis meant an appointment to the Confederate Command. Large in stature and with a temper to match, Polk's Corp failed to dislodge federal forces under the command of General George Thomas. Following the battle Bragg attempted to court martial Polk for his slowness.

Another interesting member of the Confederate Command was John C. A handsome man with a handlebar mustache, In 1856 Breckinridge was elected Vice President of the United States and served under James Buchanan. He commanded a division and often assumed the role of mediator in the heated discussions between Polk and Bragg. The constant disagreements among Confederate Commanders during the Chickamauga Campaign resulted in missed opportunities before and after the battle. Several months later, Bragg was again defeated at Missionary Ridge.

These precipitated more changes in the Confederate Command and led to a series of retreats and defeat the following year. Check out our store for other great items. We add new items almost daily. Contact me with any questions or additional photos. Visit my store for more great items.

FOR AUCTIONS LET ME KNOW YOU ARE WAITING ON MORE TO END AND I WILL HOLD OFF UNTIL YOU TELL ME KNOW YOU ARE DONE. All of the items I sell are preowned and have had a past life unless otherwise indicated. Normal wear can be expected. I make every effort to point out any obvious problems. Please keep in mind the age of the item and that there may be some slight flaws from time to time.

Please check out all photos for full description. I try to take photos of all areas and all issues. The item "W BRITAIN AMERICAN CIVIL WAR CONFEDERATE CRISIS AT CHICKAMAUGA #17464 MIB" is in sale since Tuesday, May 15, 2018. This item is in the category "Toys & Hobbies\Vintage & Antique Toys\Lead Toys & Figures". The seller is "bystff" and is located in Myersville, Maryland.