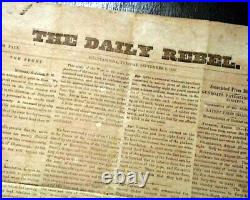 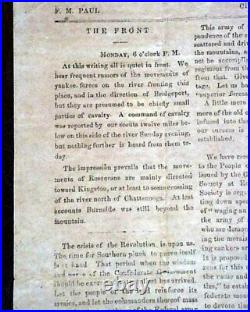 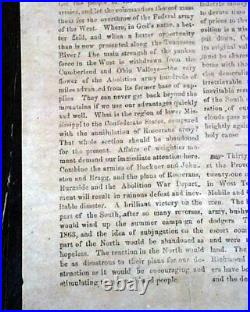 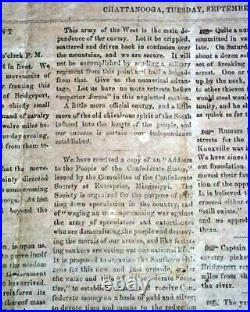 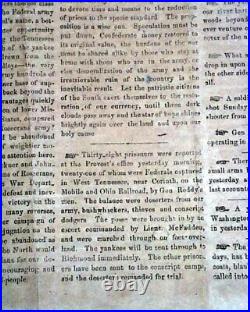 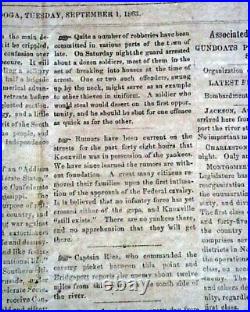 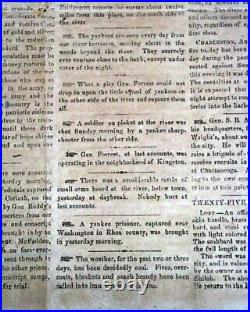 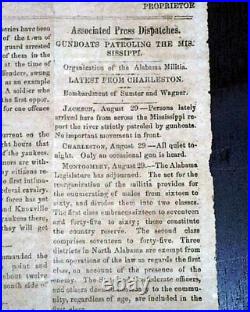 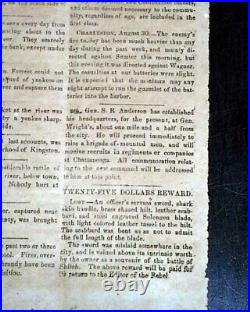 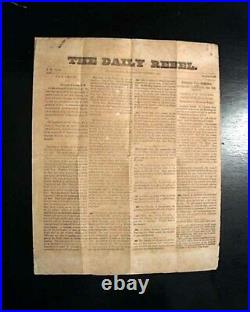 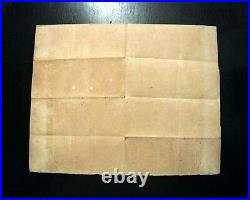 Very rare Confederate item Chickamauga campaign. An extremely rare broadside newspaper, and the first we have added to our inventory in 43 years.

There is no volume or issue number, however this title began August 1, 1862. This issue is dated from the midst of the Chickamauga Campaign in Southeastern Tennessee and Northwestern Georgia. Although it began as a folio size, four page newspaper, at this point it was reduced to a smaller size, single sheet. And this issue being a broadside, it is blank on the reverse. The format makes it appear much like a "camp" newspaper as the exigencies of war in its backyard must certainly have caused a struggle for the printing of a newspaper.

Almost the entirely of the text is related to the war as seen in the photos. A notable date, as Chattanooga would fall to the Yankees just 8 days later.

The "Rebel" was one of only a few Tennessee Confederate newspapers that remained in circulation throughout the Civil War. But to do so, and in an attempt to say ahead of the Union Army, the "Rebel was forced to move from town to town and soon earned the nickname the "Rebel on Wheels.

Over the course of the war the newspaper was published in Chattanooga; Marietta and Griffin, Georgia; and Selma, Alabama. Federal troops eventually caught up with the "Rebel" in Selma and it ultimately ceased publication in late April, 1865. Complete as a single sheet broadside newspaper measuring 13 1/2 by 10 3/4 inches, even toning, several folds, never-trimmed margins, in very nice condition with no breaks or disfigurements.

An issue for the best of collections. Please Note: All of our offerings are 100% authentic! We do not offer reprints or reproductions of any kind. They are guaranteed to be original! For this specific item, A U.

The item "Very Rare CONFEDERATE BROADSIDE Chattanooga Tennessee Civil War 1863 Newspaper" is in sale since Tuesday, August 6, 2019. This item is in the category "Collectibles\Militaria\Civil War (1861-65)\Original Period Items\Other Civil War Original Items". The seller is "timhu" and is located in Williamsport, Pennsylvania.