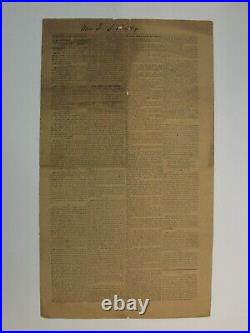 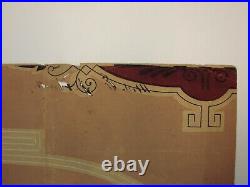 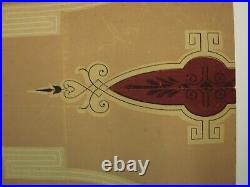 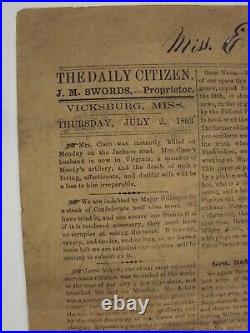 Confederate Wallpaper Imprint of the July 2nd Edition of The Daily Citizen of Vicksburg, Miss. A fine early copy of this interesting and sought after relic. Swords, Proprietor of The Daily Citizen printed the final edition of the paper during the last days of the siege of Vicksburg. Swords, like several other Confederate publishers resorted to reporting the struggle of Southerners on old wallpaper stock. Content includes those killed and injured by incoming Union artillery, substitute meats from undesirable animals eaten, patriotic fanfare for Genl Lees Gallant Corps.

A footnote ate the bottom of line two mocks Grant as, The Yankee Generalissimo and notes that he had expressed intention to dine in Vicksburg on July 4th. A large portion of content is intercepted Union news points published under the headline, Yankee News From All Points.

As noted in the last lines the final paragraph the type was set and souvenir copies were printed by by victorious Union troops. The Union claim victory and note. For the last time it appears on Wall-paper.

No more will it eulogize the luxury of mule-meat and fricassed kitten -- urge Southern warriors to such diet never-more. An exhaustive study of these printings published by the Library of Congress; Information Circular 3 last revised in 1967 is regarded as the definitive guide to edition on these printings. In it the author notes 10 subtle differences which identify which copies are of the true first edition printed on July 4th 1863.

Subtle differences in capitalization and punctuation prove this copy to be a Second/Souvenir Copy. Compared to many, this is in excellent condition, with a fine aged patina and these copies continued to meet the prediction of the Union footnote which mentions that, It will be valuable hereafter as a curiosity. 18 3/4 x 10 3/4. Slight loss to ownership inscription, top margin which reads, Miss E. Mild tanning and darkening to one quarter panel of text which rested against something dark.

The seller is "documentdave" and is located in Lawrence, Kansas. This item can be shipped worldwide.