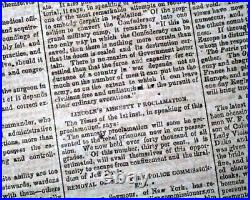 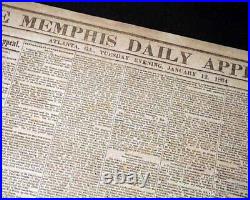 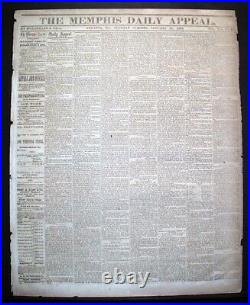 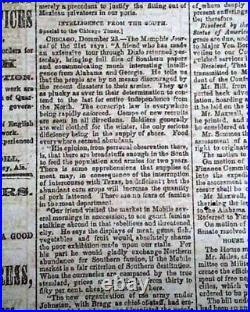 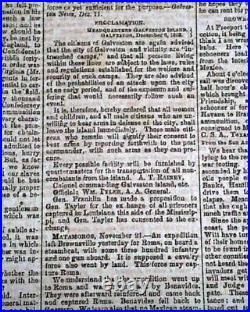 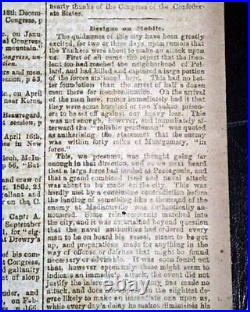 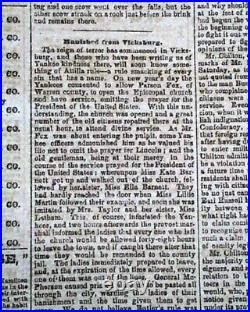 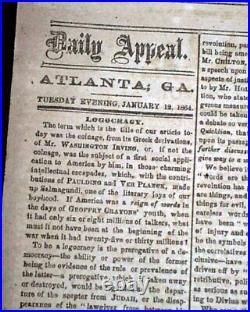 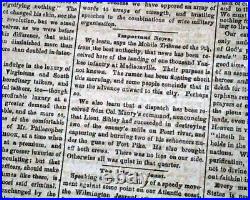 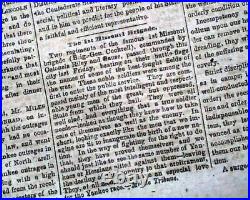 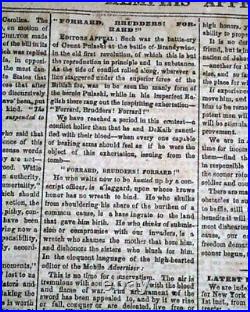 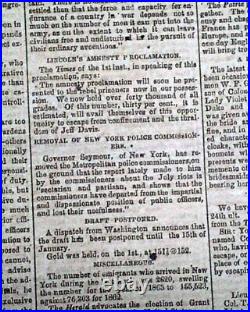 Rare Atlanta GA Georgia Confederate Memphis TN Civil War 1864 old Newspaper. (Note: additional images are located below the description). Offered is an original, historic, & collectible old newspaper: THE MEMPHIS DAILY APPEAL, Atlanta, Georgia, Jan. 12, 1864 A very rare Confederate title Publisher on the run - a Memphis newspaper printed in Atlanta Three General Orders and more If the title and city of publication seem to be in conflict, they are not. This newspaper had a fascinating history during the Civil War--see the information at the bottom of this listing.

Among the front page reports are: "Northern & Western Items" "Banished From Vicksburg", a'Proclamation' from Galveston", a letter from Port Lavaca, and another "Letter From Matamoros" "Speech of Senator Johnson of Arkansas" "Designs on Mobile" "Letter From Richmond" and much reporting from the: "Confederate States Congress among other smaller items. The back page has a lengthy editorial, and articles headed: "A Word In Reference to Our Hospitals' "Forward Brudders: Forward! " "From Virginia" "From New Orleans" "The First Missouri Brigade and other items. There are also many ads including three "General Orders" (see photos).

Complete as a single sheet newspaper with a full banner masthead, the right (blank) margin is a bit rough, a few margin tears with no loss, in overall nice condition. Memphis was a Confederate stronghold up through the Battle of Memphis on June 6, 1862, at which time the Yankees moved in and it became a Yankee city. The "Memphis Daily Appeal", dedicated to the Southern cause rallying both civilians & soldiers, it was the most important newspaper of the region, soon famously known as the Moving Appeal.

During just a four year period this newspaper published in nine different cities. (credit: Tennessee State Library & Archives). Please Note: All of our offerings are 100% authentic!

The per-item additional cost for folders, portfolios, and presentation cases vary. We will still provide tracking and insure them at our expense. Please check with your country's. We have been dealers in rare newspapers for over 46 years, serve as consultants to multiple museums, and are members of the American Antiquarian Society.

Timothy Hughes Rare Newspapers P. Desiring to conduct ourselves honorably in all things. Were it left to me to decide whether we should have a government without newspapers, or newspapers without a government, I should not hesitate a moment to prefer the latter. This item is in the category "Collectibles\Militaria\Civil War (1861-65)\Original Period Items\Other Civil War Original Items". The seller is "timhu" and is located in this country: US. This item can be shipped worldwide.