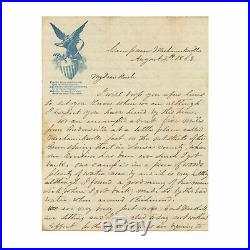 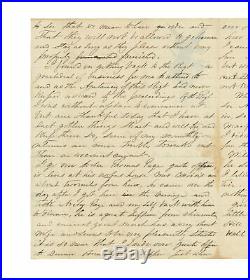 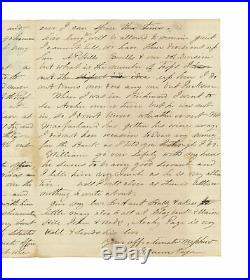 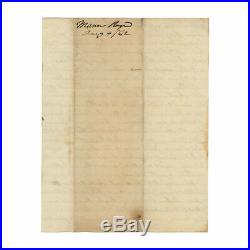 This interesting August 1862 letter was written by Captain Mann Page of the 21st Virginia Infantry. It was written from Mechanicsville, near Gordonsville, where, following McClellans withdrawal from the Peninsula, Stonewall Jacksons divisions had been looking for an opportunity to counter Union General John Popes moves into Northern Virginia. Courts martial were keeping things busythe men & officers are beginning to see that we mean to have orderand Page also found plenty of work as adjutant, as the [former] Adjutant of this Regt had never kept a record of the proceedings.

A relative lived nearby and Page would ride over quite often to dinner, breakfast, or supper, just whenever I can spare the time. He also took Archy Page with him.

Captain Archer Page commanded Company D, was wounded at Kernstown, and would be wounded that fall at Sharpsburg, requiring amputation of his leg. How log we will be allowed to remain quiet I cannot tell, he wrote, adding that we have three divisions up here. Hills, Ewells, & our own Division. Jackson would lead his troops north just three days later, hoping to blunt Popes advance and would clash with Nathaniel Banks at Cedar Mountain on August 9 (where Page is listed as having been wounded).

He closed the letter with a word about his slave William: William got over safely with my horse. He seems to be a very good servant and I like him very much as he is very attentive. The letter was written on three pages of a captured sheet of yankee stationery measuring about 6 1/4 x 8.

It is in excellent condition with very light toning. Creased at the original mailing folds. Page enlisted in the 21st Virginia as a private in April 1861, was promoted sergeant major in February 1862, and was made captain and adjutant in March of that year. He was wounded at Cedar Mountain, and later served on the staff of General John R. Page survived the war and was later a Grand Master of Masons of Virginia (1894). He died in 1904 and is buried in Richmond's Hollywood Cemetery. The transcript of the letter follows. I will drop you a few lines to let you know where we are, although I expect you have heard by this time. We are encamped about four miles from Gordonsville at a little place called Mechanicsville, just on the outskirts of the Gounspring tract in Louisa County, where our Division has been ever since I got back.

Our camp is in a piece of woods, plenty of water nearby, and it is very healthy, although I found a good many of our men sick when I got back; made so by the bad water when around Richmond. We are very busy just now. I found on getting back to the Regt a great deal of business for me to attend to and as the [former] Adjutant of this Regt had never kept a record of the proceedings of the Regt. I go over to see Thomas Page quite often [as] he lives at his wifes house, Mrs. Morris, about two miles from here.

He came over the day after I got here in the carriage and took Archy Page and myself back with him to dinner. He is a great sufferer from rheumatism and cannot go out much, has a very sweet wife, and seems to be very pleasantly situated. It is so near that I ride over quite often to dinner, breakfast, or supper, just whenever I can spare the time. How long we will be allowed to remain quiet I cannot tell. We have three divisions up here. Hills, Ewells, & our own Division, but what is the number of troops up here I do not know, nor does any one but Jackson. When I was in Richmond I went to see Archer once or twice, but he was not in, so I dont know whether or not Mr.

Macfarland has gotten his wine away. William got over safely with my horse. Well I will close as there is little or nothing to write about. Give my love to Aunt Holly & a kiss for little Mary also to all at Claybank & Union Hill, John & Ned. Archy Page is very well & sends his love.