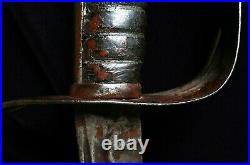 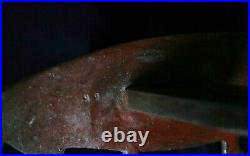 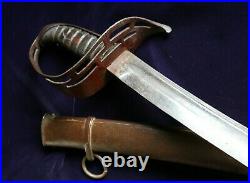 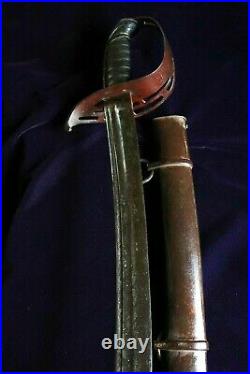 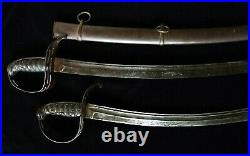 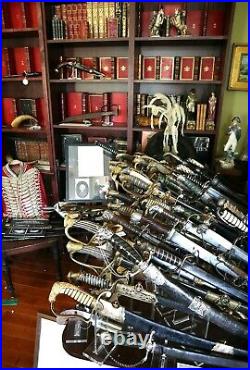 Confederate 3RDModel Virginia Manufactory Artillery Saber with a flatter blade than the 2nd model.. The blade has been shortened to 34 3/4 inches by the state of Virginia for the Civil War.

The regiment was transferred to Confederate Service. Patton (VMI Class of 1852) of Company H was promoted to lieutenant colonel.

Barbee of Company A was promoted to lieutenant colonel. Assigned to the Army of the Kanawha, Department of Western Virginia.

Colonel Patton was wounded in the stomach. Major Bailey became the lieutenant colonel of the 14th Virginia Cavalry. Assigned to Pattons Brigade, Department of Western Virginia. Colonel Patton was promoted to colonel, to rank from November 23. Assigned to Echolss Brigade, Department of Western Virginia. Joness and Imbodens West Virginia Raid.

Lieutenant Colonel Barbee was wounded in the right elbow and left hip. The regiment lost about 110 casualties of the 550 men engaged.

The seller is "rachelemandelgallery" and is located in Chicago Heights, Illinois. This item can be shipped worldwide.