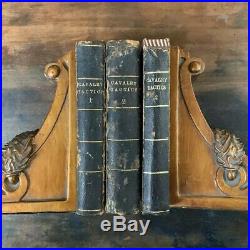 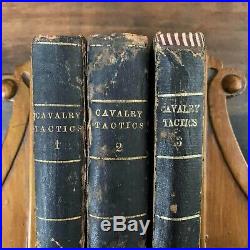 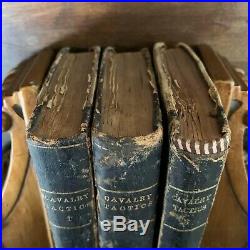 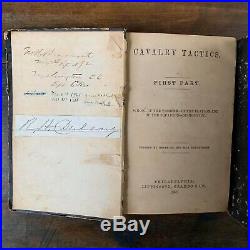 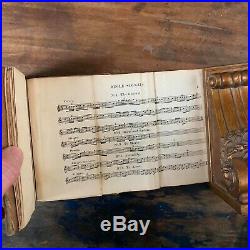 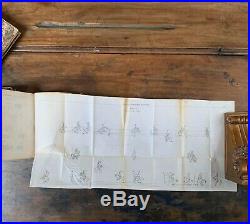 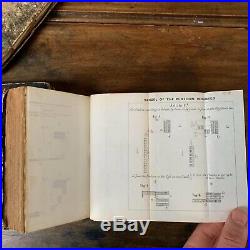 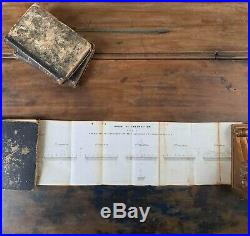 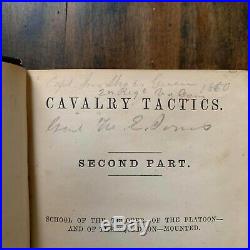 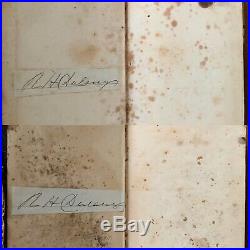 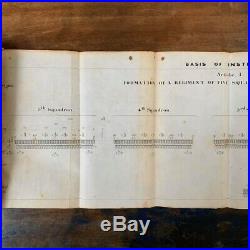 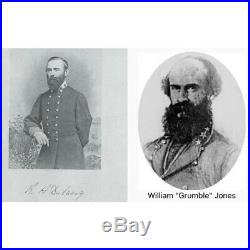 This set belonged to and was likely carried in battle by Col. Richard Dulany, 7th VA Cavalry. He signed all three volumes.

It wasnt uncommon practice for young officers to carry tactical handbooks and drill manuals. The book is also inscribed and signed by his commander Gen.

Grumble Jones, who died in the Battle of Piedmont on June 5, 1864, after being shot in the head during a charge. There is an additional signature and inscription by Col. Green of the 6th VA Cavalry, with whom Dulany had previously served.

There are also first hand notation of dates and location. The volumes include a great many fold out diagrams, charts, music, maps, and more. The condition is well used with age, foxing, and a detached front board vol. 1, and creases and small tearing to edges of pages. All expected issues for military drill and tactic manuals used in battle.

Additional pictures available upon request. The item "Cavalry Tactics in Three Volumes (1855-1861) Civil War SIGNED by 3 Confederates" is in sale since Sunday, June 21, 2020. This item is in the category "Books\Antiquarian & Collectible".