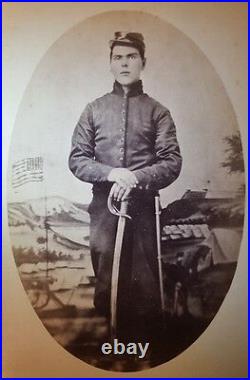 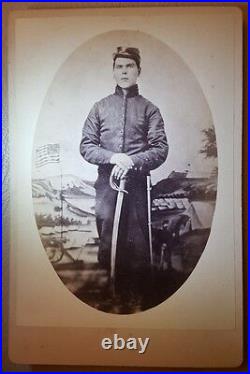 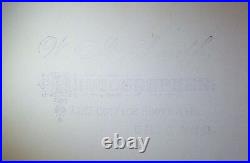 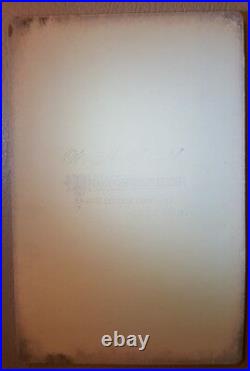 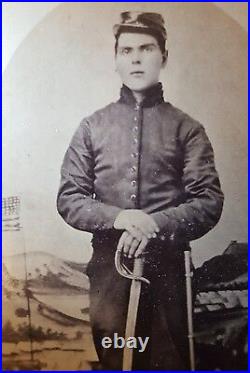 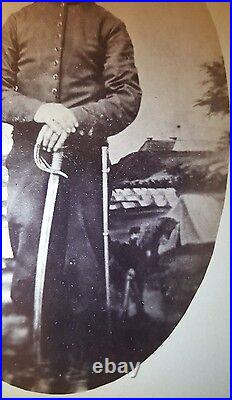 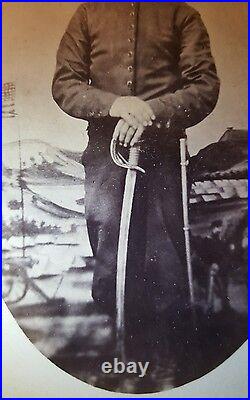 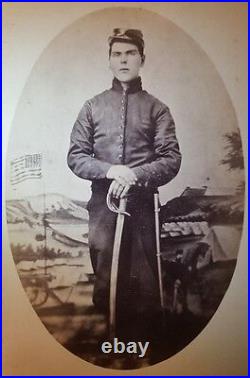 A rare cabinet card photograph of a Union soldier who may have been a prison guard at Camp Douglas which was walking distance to the studio address. It measures approximately 6 1/2 x 4 1/4 inches as a complete piece and is in near mint condition. Camp Douglas, in Chicago, Illinois, was one of the largest Union Army prisoner-of-war camps for Confederate soldiers taken prisoner during the American Civil War. Based south of the city on the prairie, it was also used as a training and detention camp for Union soldiers.

In the summer and fall of 1865, the camp served as a mustering out point for Union Army volunteer regiments. In the aftermath of the war, Camp Douglas eventually came to be noted for its poor conditions and death rate of between seventeen and twenty-three percent. Some 4,275 Confederate prisoners were known to be reinterred from the camp cemetery to a mass grave at Oak Woods Cemetery after the war. The camp ran west four blocks from Cottage Grove Avenue to the present Martin Luther King Drive.. Its northern boundary was what is now East 31st Street and its southern boundary was the current East 33rd Place, which then was named College Place.

By the end of the war Camp Douglas had three divisions: the eastern, near the lake, with post headquarters and parade ground, officers' quarters and barracks; the southern, with hospitals and offices; and the western, where the prisoners were housed. A tall observatory tower, opposite the main gate, and surrounded by fenced fields, gardens, trees, and houses, faced the public road in front of the camp. The entrance, like that of an old castle, was guarded by six soldiers with fixed bayonets, who stood in front of a gatehouse leading to a broad open yard paved with loose sand. Sellers: Add a FREE map to your listings.

This item is in the category "Collectibles\Militaria\Civil War (1861-65)\Other Civil War-Related Items". The seller is "theprimitivefold" and is located in this country: US.