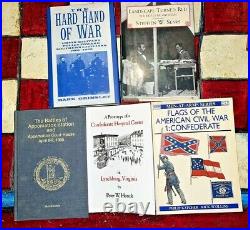 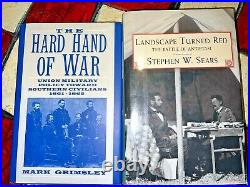 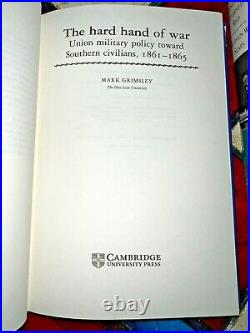 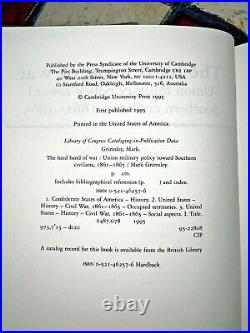 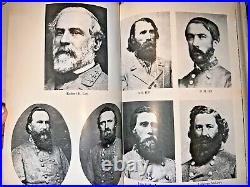 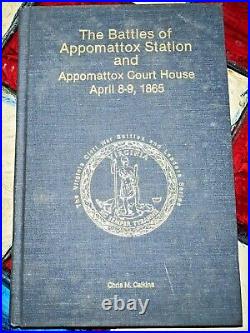 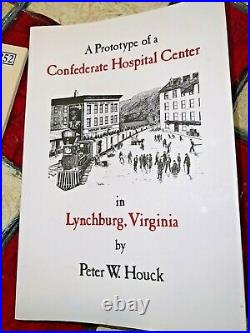 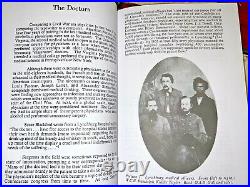 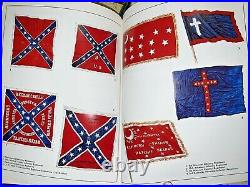 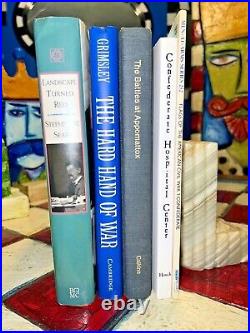 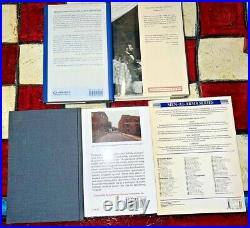 Four collectible Civil War Books. 1995 first edition Cambridge University Press hardcover with the original dust jacket. Emains the best account of evolving Federal war policy towards the Confederacy over the 4 years of the American Civil War. Goes into great detail about the Federal government's prosecution of the Civil War and pulls no punches making you see how things changed from place to place & from commander to commander.

He shows how the policies & attitudes of the Union command changed over time as the war progressed. Highly recommended for any Civil War history buff or collector. 2 Landscape Turned Red, The Battle of Antietam by Stephen W. 1983 Essential Classics Book of the Month Hardcover with the original dust jacket.

Complete with map illustrations and historical photos inside. Considered one of the best Civil War books. Sears starts by laying out the political atmosphere of the times. It's important so the readers can understand why Lincoln did not like the Little Napoleon.

Sears does a remarkable job of putting you at the battle of Antietam. He puts in words vivid details of what the soldiers on both sides endured. It was horrific what these soldiers and animals suffered. This book should be a must read. What these men did for their country should never be forgotten.

3 Flags of the Civil War, Confederate. Men At Arms Series by Philip Katcher with color plates by Rick Scollins.

The very heart of the Confederate fighting unit was its flag, which came in a variety of designs and colours. The flag was the rallying point on the field of battle and it marked the unit headquarters in camp. In 1865, at the war's conclusion, the furling of the defeated Confederate banners signalled the end of that episode in history. Some rare photographs along with the illustrations portray the myriad variations of flags used to represent the seceding southern states.

4 A Prototype of a Confederate Hospital Center in Lynchburg, Virginia by Peter W. Houck's book on civil war medicine opens up a forgotten world.

For reasons that he explains, Lynchburg developed as a major hospital center for the Confederacy, and at the war's peak some 30 hospitals were in operation, many in converted tobacco warehouses. Houck offers evidence on measures taken to reduce mortality rates, as well as anecdotal discussions of some of the individuals who played leading roles, both the professional medical men and the volunteers -- including some determined society ladies who did not always see eye to eye with the more conservative of the doctors. Great information for any Civil War historian or medical history buff. 5 The Battles of Appomattox Station and Appomattox Court House April 8-9, 1865 by Chris M. Calkins 1987 Civil War Battles Series Hardcover with cloth covered boards and gold gilt lettering.

Details the uneasy days immediately following Lee's debacle at Sailor's Creek and surrender at Appomattox. A good work that fills a gap in history.

The Appomattox Campaign was part of the American Civil War and was fought from March 29th to April 9th, 1865 in Virginia. After Union forces under U. Grant broke through the Confederate lines near Petersburg and Richmond on April 2nd, Confederate General Robert E.

Lee tried to lead his Army of Northern Virginia to North Carolina and join other Confederate forces there. However, Lee's army was finally surrounded and forced to surrender on April 9th at Appomattox Court House, Virginia. All five collectible Civil War books in one lot.

This item is in the category "Books & Magazines\Books". The seller is "halleyscomet2062" and is located in this country: US.