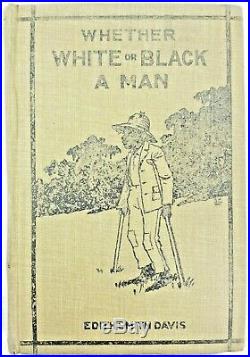 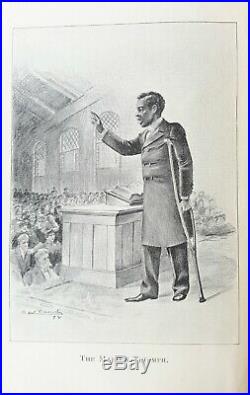 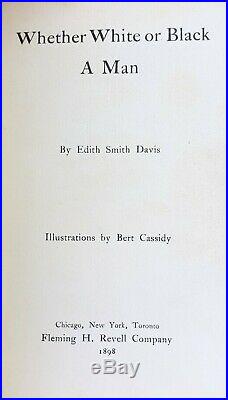 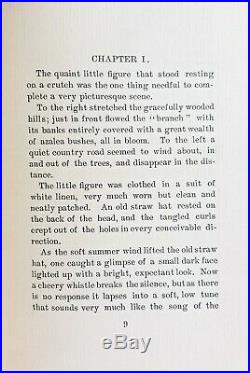 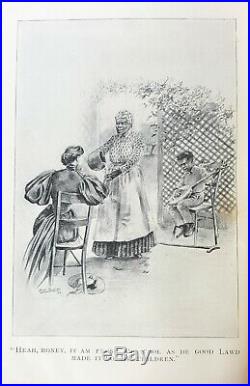 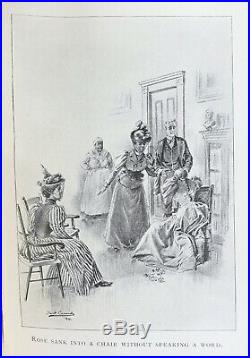 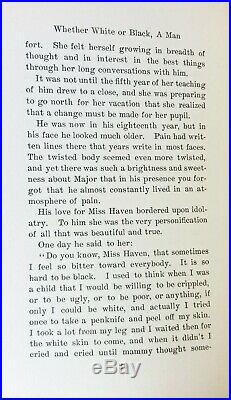 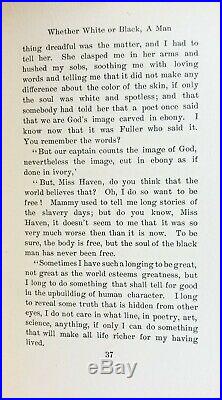 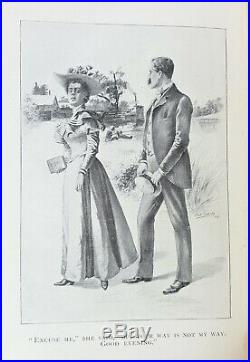 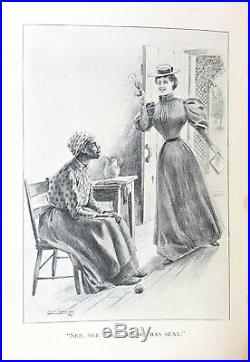 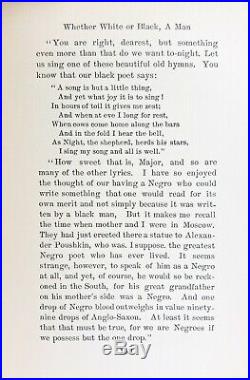 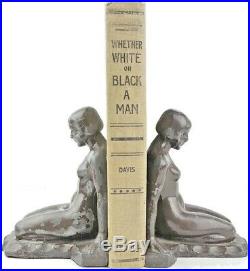 T his sale is for an original 1898 FIRST EDITION of " WHETHER WHITE OR BLACK, A MAN " written by Edith Smith Davis, illustrated by Bert Cassidy. YOU'LL LOVE THIS BOOK!! Forty years after Uncle Tom's Cabin , Edith Smith Davis delivered this work, which she considered to be in the footsteps of Stowe's famous book. Stowe had painted a picture of life for a race that was largely "ignored by the associations of polite and refined society" (Preface to Uncle Tom's Cabin). Stowe's words still ringing true, Davis wrote Whether White or Black, A Man - essentially a critique of racist attitudes in the Jim Crow Era - with the desire to make all people, better acquainted with the refined and cultured Negro gentleman.

This story is full of true-to-life characters based on people Davis knew, and the incidents and conversations told are paralleled in this world, often using exact words uttered by men under similar circumstances. Davis sought to show the prejudice and injustices from which persons of color suffer, their rights as human beings unrecognized.

Conversely, she illustrates the possibilities open to them through education and culture. This entertaining story, full of characters one cannot help but greatly admire, is a sketch of what was, and what Davis knew could be. Davis credits input and insights to prominent figures, like, Dr. Bowen who was born into slavery and became one of the first African Americans to earn a Ph.

Degree in the United States; Booker T. Washington, an intellectual, educator, and founder of the Tuskegee Institute, a well-respected black university; and Prof. Crogman, a pioneering African American educator and gifted orator. Each of these men exemplified Davis' theme, that education could and should be a life-changing open door for people of color. She states it was her great fortune to personally know these men of such character, cultured and refined, that she felt it her privilege to make them known to others.

In 1884 she married Rev. Davis and began her work, serving as Superintendent of the Bureau of Scientific Investigation and the Department of Scientific Temperance Instruction of both the U. S and the World's Women's Christian Temperance Union. She also edited The Temperance Education Quarterly. She received an honorary degree from Lawrence University In 1907.

P ublished in 1898 , this book is in VERY GOOD CONDITION!!! For its age and especially to be 122 YEARS OLD!!! Thick, quality paper, and firmly bound with NO TEARS!

This book measures 5" X 7 1/2" and is complete with 202 pages. GET IT WHILE YOU CAN!! Please see our other books too! The item "1898 Slavery WHITE OR BLACK, A MAN Civil War CONFEDERATE SOUTH African American" is in sale since Wednesday, April 8, 2020.