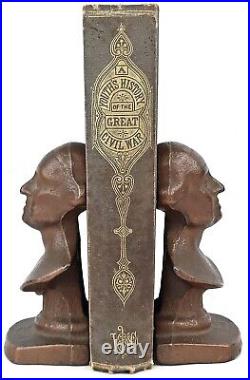 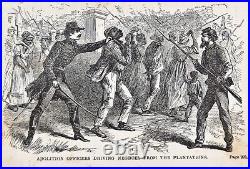 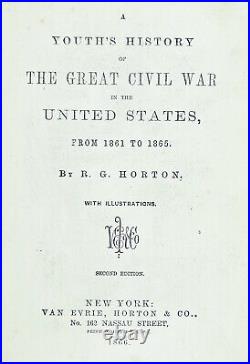 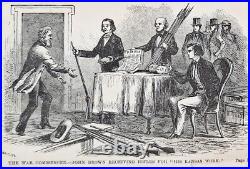 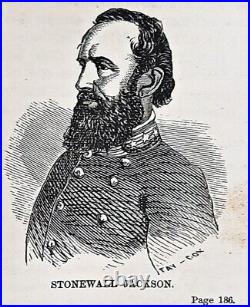 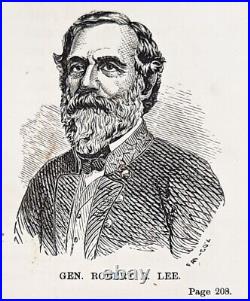 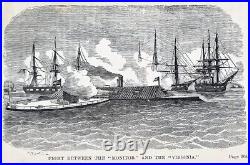 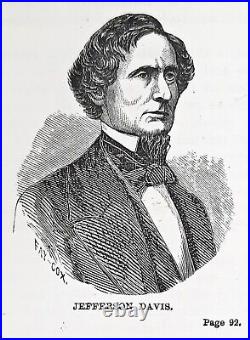 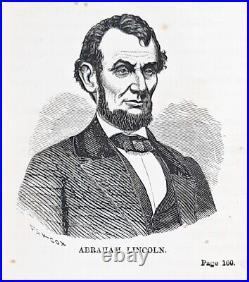 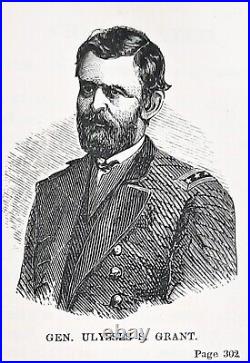 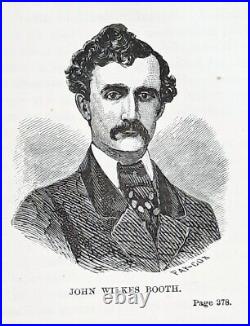 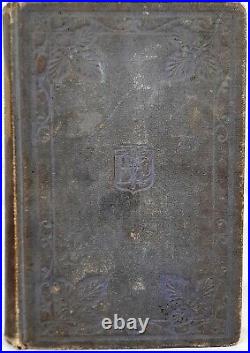 WE DO NOT AGREE WITH THE OPINIONS OFFERED IN THIS BOOK. THIS SALE IS FOR HISTORICAL PRESERVATION. This controversial book was among the first attempts by disgruntled Southern post-War Democrats to advocate for a SECOND CIVIL WAR.

Is for an original 1866 FIRST EDITION of " A YOUTH'S HISTORY OF THE GREAT CIVIL WAR IN THE UNITED STATES, FROM 1861 TO 1865 " by R. THIS BOOK WILL SHOCK YOU!! C ontrary to the title of this book, this is NOT a children's book. The word "Youth's" is used in the title as an oxymoron to convey a strong message. It is a relic of an era where racially inappropriate and insensitive products were widely available. We believe it serves as important tool for education about the past. It contains PRO-SOUTHERN Civil War history from the era's most notorious publisher, John H. It provides a detailed description of the entire Civil War and all the events leading to, particularly sympathetic to the SOUTHERN POINT OF VIEW, stressing positive aspects of slavery as well as Northern hypocrisy regarding African-Americans.

Fascinating - and extremely popular at the time - Horton laments the end of slavery and decries "the abolition delusion, " insisting that the great majority of good and intelligent men believed the institution of servitude in the Southern States to be a real blessing. It was conceded by all candid observers that there was nowhere on earth to be found another population of.

So happy and so contented as those of the South. The laws of every State in the Union wisely denied.

An equality with white people. He dubs Abraham Lincoln "a trickster, a falsifier, and an oath-breaker, " calls his career a shameless four years of deceptions, falsehoods, and crimes against liberty. The sentiment in this book remains extremely anti-abolitionist and claims that the Republican Party and Abraham Lincoln were traitors to The People's Government. Even JOHN WILKES BOOTH " was noted for his generous, manly deportment, and was dearly beloved by all his associates" and made out to be a genuine Southern hero.

According to this book, following the killing of Booth, his body was taken to Washington, and the savage abolitionists gloated over it with cannibal ferocity. They not only refused to turn the body over to his weeping mother, but they tore out its entrails, and threw them to the hogs. His skull was placed in some museum, his heart preserved in spirits, his spinal column given to some medical college, while the balance of his remains were deposited no one knows where. When John Brown was tried and executed, his remains were placed in a decent coffin and handed over to his friends.

While its history is quite bias and angry, it offers a perspective on what millions of Americans believed at the time with its unconventional yet interesting historic perspective of the Civil War. Many NORTHERN STATES BANNED THE SALE OF THIS BOOK!!! During Reconstruction for fear it may ignite an already tepid powder keg of resentment in the ranks of the anti-abolitionists, both North and South. The rear of the volume contains several interesting pages of advertisements for Anti-abolitionist literature. Published in 1866, this book is in VERY GOOD+ CONDITION for its age and especially to be 156 YEARS OLD!!!

And tightly bound with NO TEARS!!! Or stray in text markings. Even the hinges are in intact!

It measures approximately 5" x 7" and is complete with 384 pages. Controversial and historic book that doesn't come around very often so.. GET IT WHILE YOU CAN!! Plea se see our other books too! This item is in the category "Books & Magazines\Antiquarian & Collectible".

The seller is "rebel_soldier" and is located in this country: US. This item can be shipped worldwide.