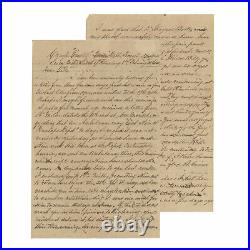 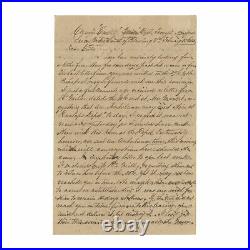 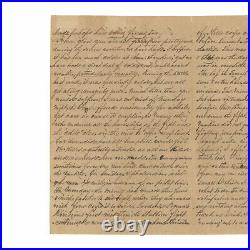 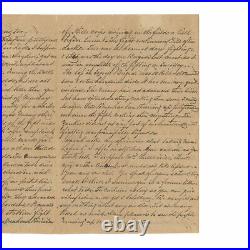 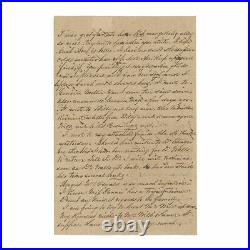 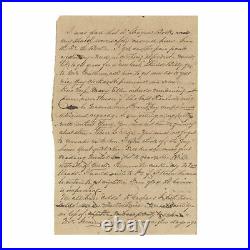 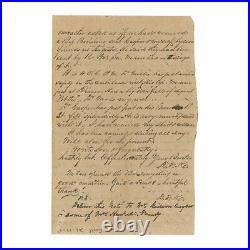 Kagey, hospital steward of the 25th Virginia Infantry, wrote this letter to his sisters on February 15, 1865, about a week after his regiments participation in the Battle of Hatchers Run, which took place near Petersburg, Virginia. Kagey had participated in most of the battles up to that point, having joined the 25th in the spring of 1864 after previous service in the Danville Light Artillery and a short stint at medical school. He opened the letter with some confusion about the plan to return Dr.

Miller, Kageys friend and one of the surgeons for General William Terrys Brigade. His attention turned to the recent Battle of Hatchers Run. Our wounded have all been well cared for. The killed genteelly interred, as all our killed and wounded were received.

The enemy would sometimes force our men back. Ours, in turn, drive the Yankees.

Sunday night closed in, with our men 3/4 mile in advance of our picket line. On Monday the enemy had moved their forces 3 miles farther to the right where they advanced with four Corps. It is said Gordons & Pegrams Divisions first met them.

A stubborn fight continued most of the day, Mahones Division of Hills Corps arriving on the field a little before sunset. The fight continuing till after dark. This was the heaviest day fighting & this was the day our Brigade lost most as it was in very little of the fighting on Tuesday.

Kagey numbered losses in Terrys Brigade as 10 killed and 80 wounded, with several having since died. Of the battles results, he noted that the enemy have not advanced their lines, but have extended them, making them some 3 miles longer. It had been Union General Ulysses S. Grants intent to extend his lines, and thereby force Confederate General Robert E. Lee to thin out his already-extended lines.

Has been throwing up fortifications ever since the fight, he wrote, making them very strong. Kagey closed this lengthly letter with discussions about his sisters music lessons, recent correspondence with friends and family, encouraging his sister to read Her Bible instead of novels, and other details about the folks in the New Market area. The letter was written on six pages of lined paper (2 sheets) measuring about 5 3/4 x 8 3/4.

Excellent with light foxing and toning. The paper is of typical thin Confederate quality, and so there is some ink bleed-through, though the handwriting remains legible. The letter is creased at the original mailing folds. The letters full transcript follows.

Seven Miles South of Petersburg Va. I have anxiously looking for a letter from Home for some days past, but in vain so far. The last letter from you was written on the 29th ultimo. Perhaps I may be favored with one this evening.

I just a few moments ago received a letter from Dr. Miller dated the 10th inst. At New Market, requesting that an Ambulance may meet Him at Dunlaps Depot today. I regret it was not received yesterday, as I would have met Him with His horse at the Depot.

Fortunately, however, we sent an Ambulance there, this morning which will convey him here, should he come. In my hasty letter to you last week I enclosed one to Dr. Miller, requesting Him not to return here before the 20th. Yet it may not have reached you in time, & He may, too, have concluded to come on, notwithstanding it was our wish for Him to remain 15 days at Home. If the note did not reach you in time, previous to his leaving, you need not deliver it, but destroy it.

I look for Him this evening. He can give us all the news and perhaps have letters for us too. I suppose it has been much colder at Home than here, yet we have had a great deal of cold, wet, unpleasant weather, particularly recently. During the Battle last week it was exceedingly cold, but we all got along amazingly well, much better than your would suppose. I was out most of Monday night, the 6th.

Suffered considerably for a while, yet have no cause to complain, as many others who endured all the hardships of the fight and the colds, also, are the ones to offer complaint. The loss in Terrys Brigade was 10 killed & 80 wounded.

Some 8 or ten have since died. It has been very quiet ever since.

The enemy have not advanced their lines, but have extended them, making them some 3 miles longer. Has been throwing up fortifications ever since the fight, making them very strong.

The Yankees did not get any part of our breastworks. The fighting was principally beyond.

Sarah asks my opinion about taking Music Lessons. You can do as you think best. Miller will think you rather audient. I would not take lessons from anyone else. You speak of your school being small. I think I advised you in a former letter what to do. To continue as long as you can give satisfaction and get 5 Scholars. Be careful, and say nothing about anyone else. Let as many teach as wish. I was gratified to hear Bat.

Was getting along so well. My love to her when you write. I hope Aunt Ann is better.

I have no doubt the excessive cold weather has affected Her. Keep up good fires, if you possibly can get wood. I wrote to Cousin Mollie Yaunt some ten days since. Also answered Cousin Mags a few days ago. I wrote to Billy not long since.

Received a week or more ago. Will write to Kit Rosenbarger next. I wrote to my attached friend Abe M. Should have written to Dr.

Strayer in this but I have been waiting for Dr. I will write to Him as soon as Dr. He has overstayed his time several weeks.

Oswald is so much enfeebled. I know Miss Fannie has a trying time. Present my kindest regards to the family. My kindest wishes to Mrs.

Will & Laura, I suppose Laura has grown very much. I was glad that Dr. Strayers Book and my shawl where safely carried home. I got another pair pants yesterday. Need no clothing at present. Would like to get goods for a new Coat. Should Billy go to Mr.

Mathews, ask him to get me 5 or 10 yds. Nice gray cloth, as he promised me some. Does Miss Mary Ellen intend remaining at home now? Wonder if she and Capt.

Richards will be married soon. Present her my compliments & kindest regards. You need not trouble yourself about them. You must not forget to remember me to Her.

I often think of the gay hours spent with Her. Tell her she must quit reading novels &c. But to read Her Bible instead of novels. Remember me kindly to Mrs. I would write to John if I knew he would be certain to get my letter.

Caspar & I both have colds. We eat heartily, no loss of appetite. We have plenty to eat. Grenius Coyner told us a few days ago, or rather asked us, if we had received a Box [of] Provisions sent [to] Caspar & myself by some friends in Augusta.

He said they had been sent by Rev. We have had no tidings of it.

Miller has just arrived safely in the ambulance with his box. We were just at Dinner. Had a big oven full of elegant Pot Pie.

Caspar has just put on his new coat. He is very much pleased with it. I have received my shirt & collar.

It has been raining & sleeting all day. Will close for the present. Hastily but Affectionately Your Brother.

We have opened the Box. Quite a Treat & Grateful. Deliver this note to Mr. Gideon Coyner or some of Mrs.