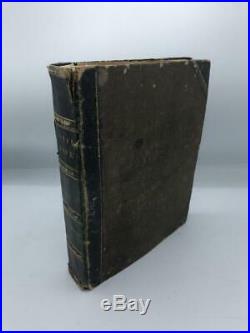 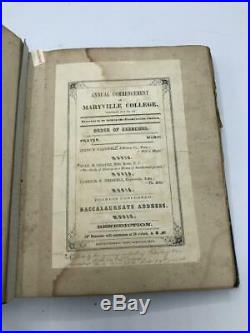 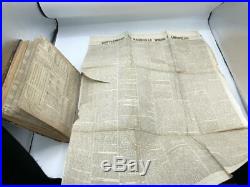 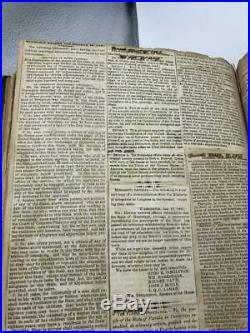 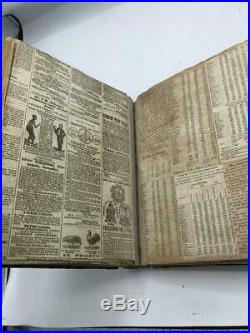 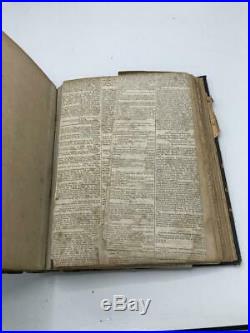 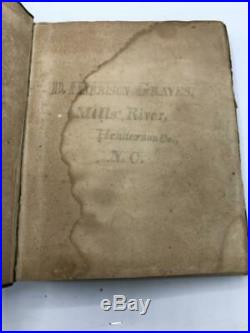 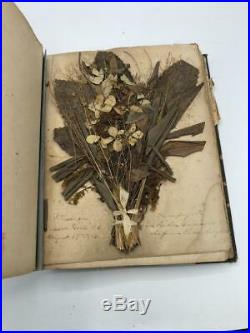 1850s Henderson North Carolina Scrapbook Civil War Maryville TN Confederate. Description: Scrapbook Documenting the Lead Up to the Civil War Compiled by a North Carolina Man. 4to, quarter black morocco and gilt binding with brown boards, leather spine in five compartments with Scrap Book W. Graves in Gilt, containing around 35pp of content as well as many other blank leaves.

The first leaf bears the calligraphic name of the compiler, D. Harrison Graves, Mills River, Henderson Co, N. Included are clippings, mainly from Tennessee newspapers, relating to the Dred Scott decision, Alien suffrage i. Allowing foreigners who were mainly hostile to slavery the vote, and the admission of Kansas into the union. These are followed by clippings relating to the Presidential election of 1860, followed by a complete tipped-in Dec 6, 1860 "extra" edition of the Nashville Union and American, printing Buchanan's State of the Union address, as well as a complete Supplement to the Nashville Union and American, printing the December 18, 1860 introduction of the Crittenden Compromise into the Senate by John Crittenden and Senator Andrew Johnson of Tennessee.

This section ends with three pages of clippings printing the secession ordinances of Alabama, Missippi, South Carolina, and Florida. The scrapbook also contains an 1858 broadside commencement program from Maryville College in Tennessee, featuring music by Will H. Graves, the compiler's brother, whose name is gilt stamped on the spine of the scrapbook.

The program bears the manuscript note that Will was Killed by the Enemy in front of Petersburg, Va, October 12th, 1864... The scrapbook also contains a collection of 20th century clippings laid in, plus two pressed flowers, one large and one small, gathered in the Carolinas in the 1860s, according to handwritten captions on the adjacent pages. A compelling artifact of a southern family's engagement with the Civil War and its build up. Closed tears to some clippings, toning, and soiling, couple of leaves detached, wear to covers and tears to spine leather along ends. Get Supersized Images & Free Image Hosting. Create your brand with Auctiva's. Attention Sellers - Get Templates Image Hosting, Scheduling at Auctiva. The item "1850s Henderson North Carolina Scrapbook Civil War Maryville TN Confederate" is in sale since Wednesday, August 28, 2019. This item is in the category "Books\Antiquarian & Collectible". The seller is "jarmac17" and is located in Ardsley, New York.