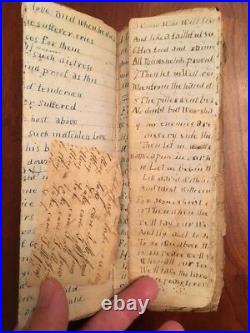 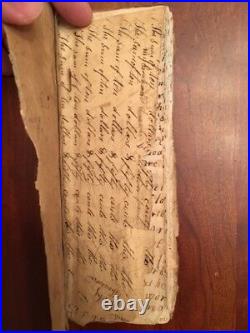 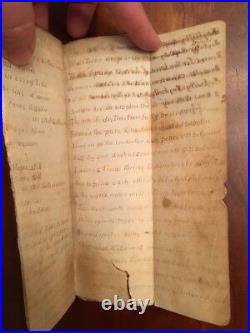 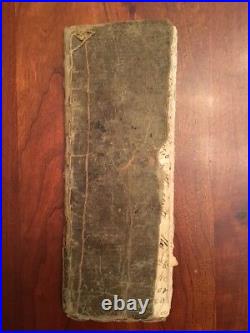 C1850-60s AMERICAN MANUSCRIPT NOTEBOOK OF CHRISTIAN HYMNS AND PRAYERS. OWNED BY THE JONES/DAVID FAMILY OF RICHLAND CO. AND MOST LIKELY WRITTEN BY CONFEDERATE LT. CHARLIE H JONES OF THE 7TH SC CAVALRY BEFORE THE START OF THE CIVIL WAR! JONES WAS A CONFEDERATE MEDAL OF HONOR RECIPIENT! Rare American musical handwritten manuscript in a unique format and interesting content. About 22pp, a few hands, accomplished in pen (some printing, some script), with what looks like some earlier handwriting from late 1700s-early 1800s in places through about 1860, with that terminal date written in the back.

Certainly from Richland or Marion County, SC; one page titled' Jesus in the Garden' has'Marion County'; some scribbling on the back leaf with' Noble Richland County' written over and over. The front and rear carry 3 ID;'d names, Thomas M Jones, as well as a Margaret David. Research shows that Margaret David was Thomas M Jones mother, having married Charles H Jones, a Lieutenant in the 7th SC Cavalry and recipient of the Confederate Medal of Honor. One might assume that this book was in fact Charles' and he passed it to his children before the War in 1860, hence little Thomas' crude writing in the front and rear (he was around 6 or 7 at the start of the Rebellion).

Measuring 3" x 8", although at one point the covers were cut in half (originally probably 6 across), allowing the leaves to be folded in half in a more compact'pocket' fashion. This has, as one might guess, worn the folds and made them weak, split and torn in places, with several of these'half-sheets' no longer present and others with heavy loss. Paper otherwise browned and with some staining, fair condition. A rare and intriguing American historical/ musical ephemeral item. 23, 1895 Sumter Sumter County South Carolina, USA.

Isaac Macon David (1834 - 1882). David Jones" v:shapes="Picture_x0020_1>. The item "1850-60s Handwritten Notebook Hymns Prayers Civil War Confederate 7th SC Cavalry" is in sale since Monday, April 8, 2019. This item is in the category "Books\Antiquarian & Collectible". The seller is "crottsy" and is located in Clemmons, North Carolina. This item can be shipped worldwide.